For the first time the non-profit sector is able to track fundraising performance throughout the course of the year.  The Fundraising Effectiveness Project is now producing quarterly reports that give us real time data on what is happening across 9,179 organizations.  In 2017 these quarterly reports allowed us to track the impact from some major fundraising events like the slew of disasters we saw in the third quarter to the tax reform passed at the very end of the year.

The number of new donors saw a sharp decline, and while the retention/recapture rates were able to offset this decline, this could spell trouble for the sector as a whole. An info-graphic pulling out the highlights is pasted below and can be downloaded here.  You can also go to the FEP web site and download the full report here.

How did you do in 2017?  Please share insights from your organization and let us know what you did right.  Don't know your numbers?  Calculate them today for free. 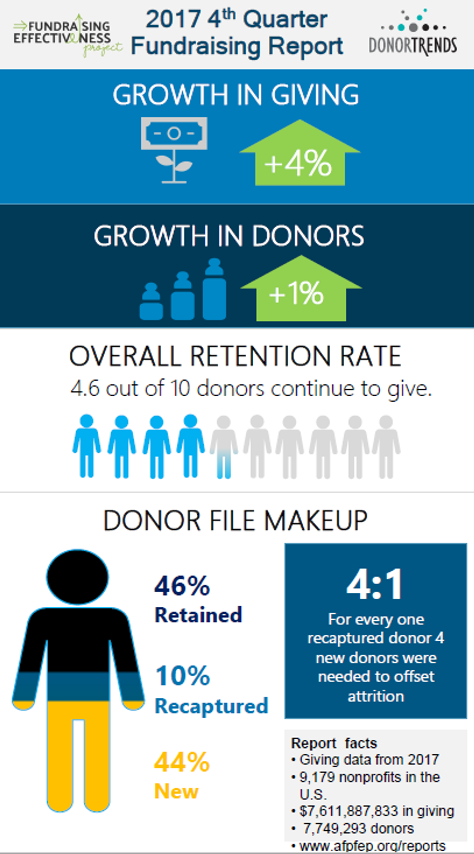