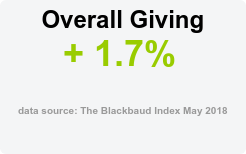 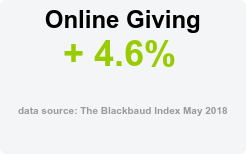 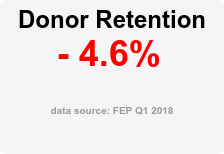 Powered by a booming stock market and a strong economy, charitable giving by American individuals, bequests, foundations and corporations to U.S. charities surged to an estimated $410.02 billion in 2017, according to Giving USA 2018: The Annual Report on Philanthropy for the Year 2017.

Highlights from the report:

Highlights about Charitable Giving by Source

The Numbers for 2017 Charitable Giving by Source:

Highlights about 2017 Gifts to Charitable Organizations

Finally! Fundraising stats and benchmarks from all major sources in one place. Receive updates whenever stats change:

All Rights Reserved 2020 | Designed and Maintained with by DonorTrends